All of a sudden the polish would not stick into the design only a little and wouldn't go to the stamp hardly at all. I tried two different times. I thought maybe it was the design so tried another. Same thing. I then realized I had just finished a bottle of Acetone and was using another kind. The first Acetone I used that I did great with was from Walmart and this one was from Sally's. I read the label again and DUH it said for artificial nails. Apparently it has a moisturizing ingredient of some sort. I noticed it was slippery. I haven't been to town in weeks to get some of the Walmart kind to see if it was that but my husband said he had some Acetone he got to remove gunk from a truck head years ago. Same as what we buy I guess because it worked. I used the same design so I would know for sure. I have missed Konading so much.
I tried it on a mani that I am going to take off anyway.
Just thought you all may want to know that are having problems with polish adhering to the stamp.
Susie 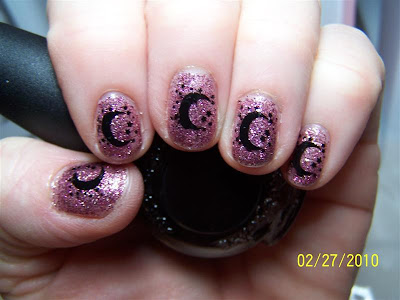 This is fauxnad plate M01! 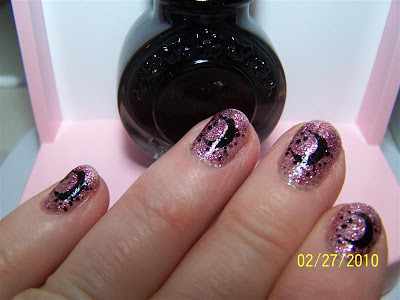