ANOTHER "S" ????
This is my try at the Cranberry-Walnut Celebration Bread.
I did a braid and tried to shape it into an "S". LOL! Was I successful? 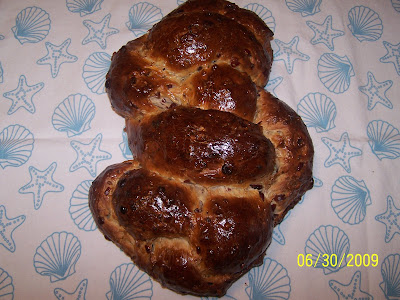 VERY tasty loaf. I will definately be making this again. Be careful with the water addition. He says 1/4 to 1/2 cup. I did about 1/4 and found that plenty. 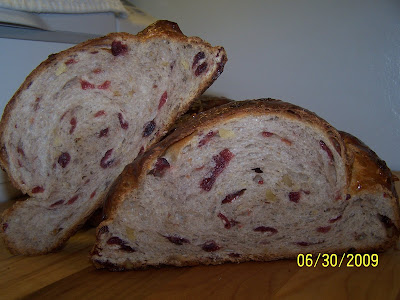 Here is my try with the BBA Challenge Bread #10 Corn Bread.
Update:
After tasting a few pieces the rest didn't get touched. It was just too gooey, puddingly, and corny. I would not make this again.
Yes, I know I'm getting way ahead but like I've said before I'm vacationing the month of August and I don't want to get TOO far behind. It is suppose to be a cool week here in northern NY so may bake the next one tomorrow. 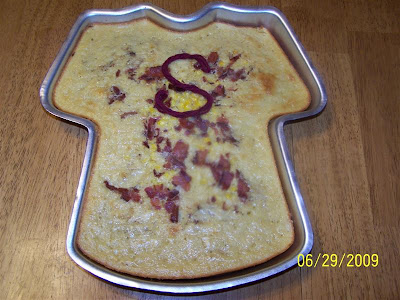 It is very tasty although it is NOT like your normal every day corn bread. It is more like a sweet pudding type cake bread. :) 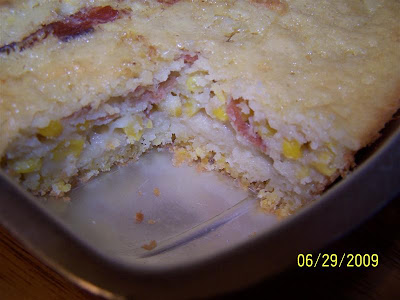 Here is my try with the Cinnamon Raisin Walnut Bread
recipe from the Bread Baker's Apprentice book~!
I used my Nesco Oven that use to be my Mom's because it was so very
hot here. I put it on my porch.
It runs a tad hot so they came out a tad too brown in my opinion. The rolls were
200° and the bread 205°.
I will bake at 325° from now on. :)
DO YOU SEE MY "S"? 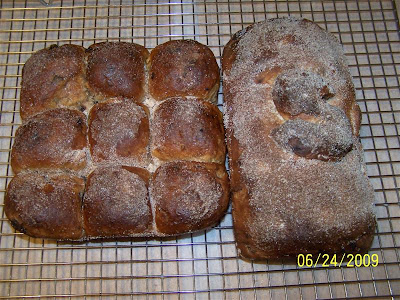 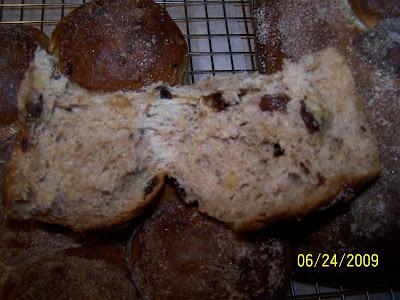 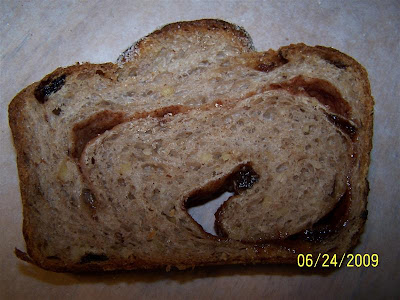 Last week I went out of order and did the 8th recipe because I wanted something 'sweet' to serve my special guests but I guess that is a no no. Sorry Nicole!!!!
I must do them in order. I told you I'm a rebel...........well sort of.
Here is my try at the 7th recipe called Ciabatta in the Bread Baker's Apprentice book.
I forgot my "S"so I added one in with my Paint Shop Pro program. LOL!
I will be making this again and again. VERY TASTY and chewy crust. :) 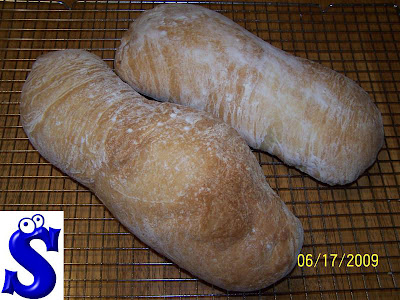 The crumb isn't open as Peter Reinharts but hey I tried. :o) 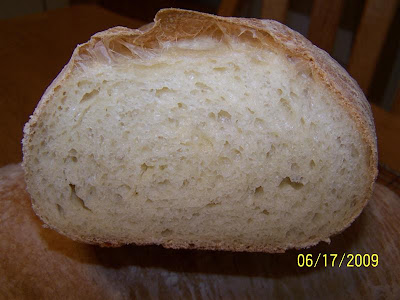 Mason has been born! :o) 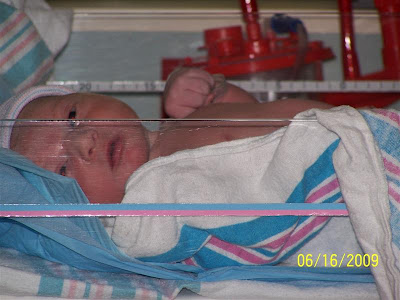 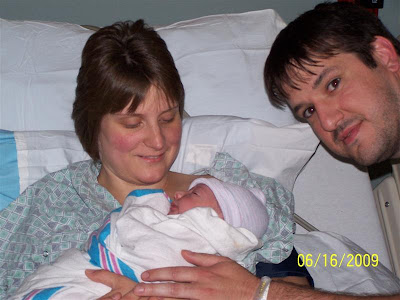 Mason and Andy!
Looks like Mason is saying "Here I am Daddy"! :o) 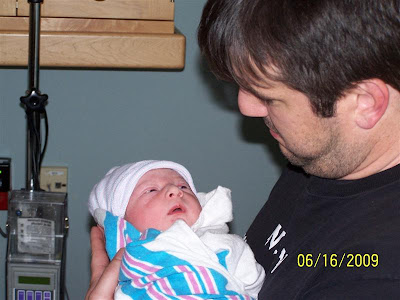 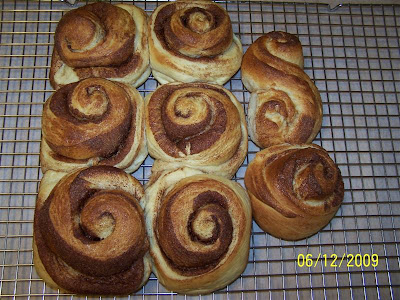 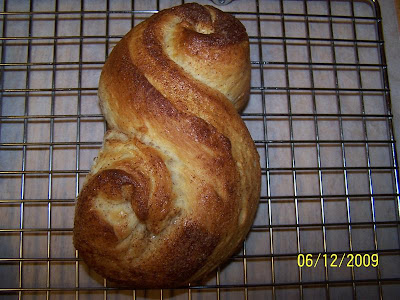 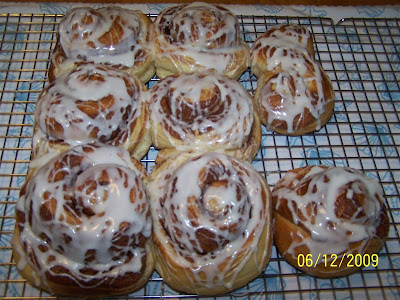 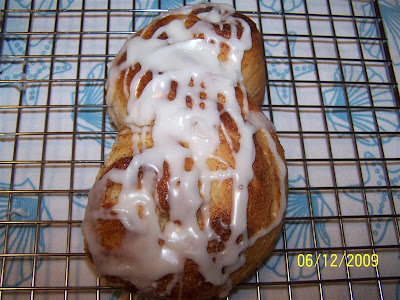 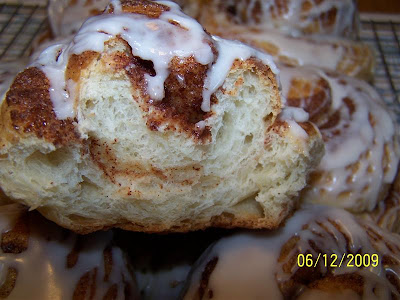 Well I found time to finally do another of the Bread Baker's Apprentice Challenge recipes. This is called Challah and could be braided but seeing I did that last week I decided to do some thing different.
CAN YOU SEE MY "S"?
Here are my Challah "S" rolls cooling.
Do you wonder how I did this so nicely????? LOL!
Keep reading! 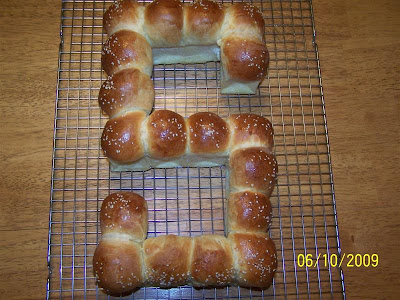 Here is my "S" all pretty on a nice dish towel.
LOOK BELOW TO SEE HOW I GOT IT SO NICE! 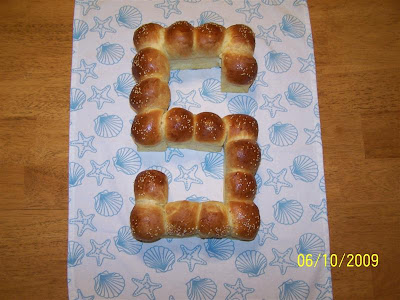 Here are my rolls rising in the secret pan. This pan is called Burvelle's Educated Cake Pan. The squares are placed in unque ways to create numbers and letters. Neat eh?
I bought it to bake cakes that showed the age of the birthday person. :o)
I found the Challah recipe easy and tasty! 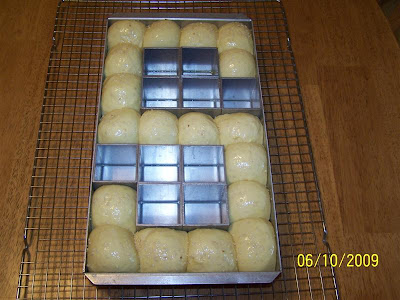 Thought I would post a cake I made in December for my youngest. He said he wanted the cake I made him when he was a little boy. You can see the one I made 21 years ago in the next photo. They look similiar. He was happy. :)
Susie 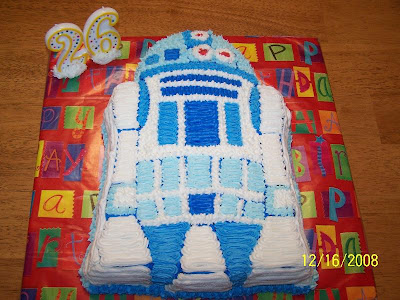 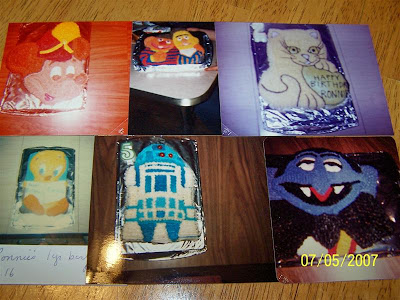 Here is my try at the BBA Challenge #5 Casatiello.
I added 'lots' of bacon bits, pepperoni and Swiss cheese.
I'm not sure why I decided to do a braid. I guess because I had never done one before. I see that next week it calls for a braided Challah. LOL. OH well I'm all practiced up. 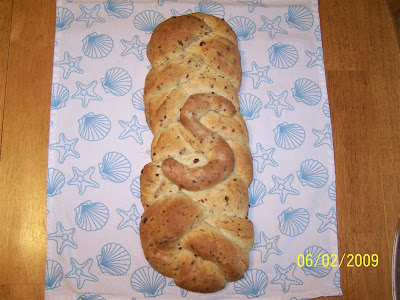 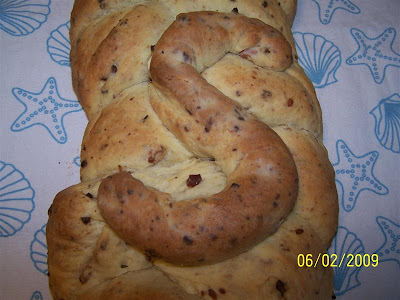 The crust is flaky and yummy and the crumb is slightly open and very tasty. 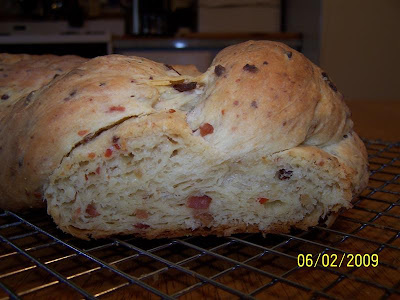