My grandson Mason dancing. Isn't he so cool?
:)

Yesterday Katie had her bath, a trim and nails clipped.  She is SUCH a good girl.
Her vet appointment was today. She was a perfect girl. Yes, she is a she. She had her
shots, worming and guess what? She is already spayed.
The vet figured she was around a year or a year and a half.
She weighs 8 lbs 2 ounces.
I don't get why someone would let her be a stray.
Susie 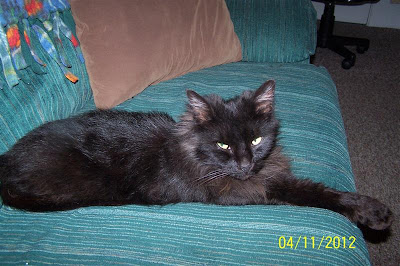 Going to call the Vet when they open and get Katie in for her appointment. My daughter in law Erica let me borrow her Pet Carrier. :)
I put a towel inside and gave it a few Cat Nip sprays. I picked her up and put her nose near the towel and she went right in for a bit. :) Good way to get her use to it a little.
CLICK to enlarge: 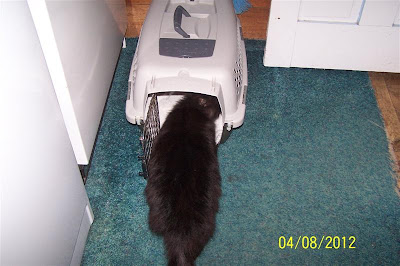 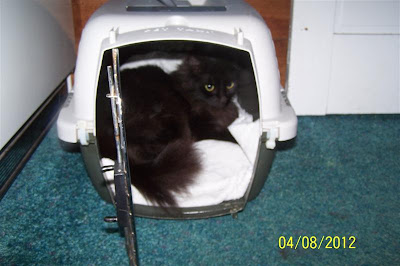 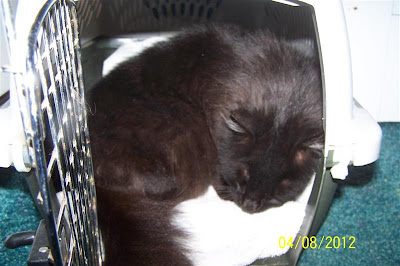 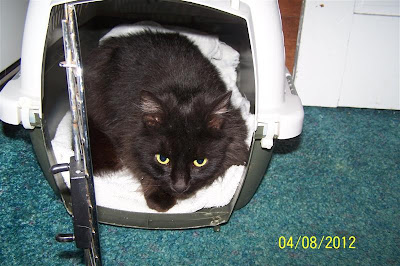 Stray cat! Should I keep her???

There has been a stray cat hanging around our street for months now. 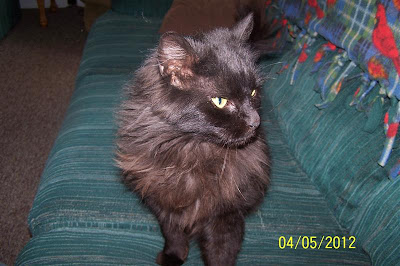 I've seen it and wondered about it. My next door neighbor asked me to put food out for it on her ramp while she was gone for 5 days so I said sure.  She said she wished someone would take her. 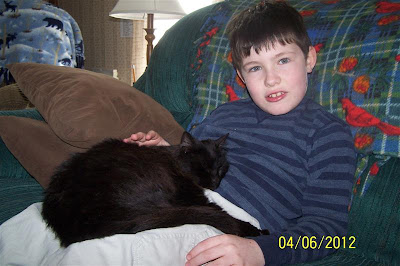 My husband went to put food out this morning and she was already there waiting. He petted her and she seemed nice and said I should go look at her so I did. She let me pet her. 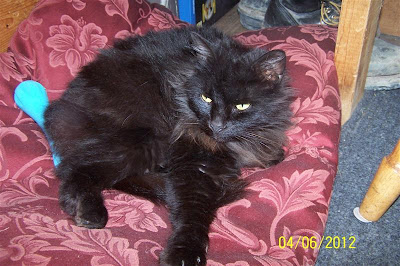 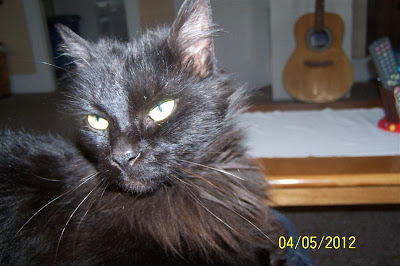 She has been here since morning and seems to love it. She is now on our grand-doggers dog bed taking a nap. OH NO! LOL!
My daughter in law Erica and our grandson Drew came over to check her out (she is a she according to Erica)! I didn't know what it was. LOL!
Should I keep her? I called the vet and it will be almost $200 to have her get shots, wormed and spade. 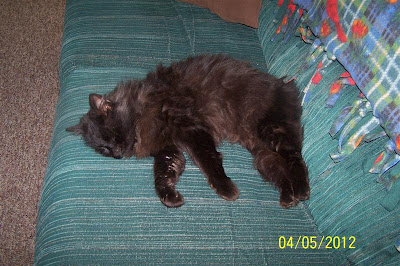